In the past week I have heard two rather disturbing stories from my students. One student came back and told me the unlikely unfolding of her birth story: the mother hit her due date, and the doctor predicted she was going to have a baby weighing nearly 10 pounds. Because of this “guestimation” on the babyÂs size, the doctor strongly urged the mother to have a cesarean birth due to concerns about shoulder dystocia. The mother reluctantly agreed to have the surgery and gave birth to a beautiful baby girl weighing in at 8 pounds, two ounces. The second story involves a second-time mother, approaching her due date. She had a very quick delivery with her first child, giving birth to a 7-pound baby two weeks early. Her doctor, like in the first case, is concerned that this baby will be too big for the mother to birth, so she wants to induce on her due date.

WhatÂs the moral of the story? There can be a significant margin of error in estimating fetal birth weight and these doctors may be practicing out of fear, or what I call “defensive medicine.” They are assuming there is a problem before a problem presents itself. I do have empathy for the position the doctors are in since obstetrics can a tricky field. The care provider is responsible for the well being of the mother and the child, but there needs to be some trust that the human race would not have survived if our bodies were inherently broken.

Back to the topic -Estimation of fetal weight. The average error in birth weight predicted by sonogram is estimated to be between 6 and 15 percent. That seems to be a pretty big margin of error to take into consideration where the options of induction or undergoing major abdominal surgery are concerned. It is also important to keep in mind when in the gestation period these estimations are being made. Sonograms obtained before 37 weeks resulted in fewer errors in predicting true birth weight than sonograms obtained after 37 weeks gestation. If the pregnant mother is continuing to have sonograms to estimate the fetal weight up to the end of her pregnancy, there is going to be an even higher chance of miscalculation. An article published by ACOG American College of Obstetric and Gynocology states, ” These estimations can also be significantly less accurate in infants less than 2500 g [5 pounds 8 ounces] or greater than 4000 g. [8 pounds 13 ounces]” So if your care provider is telling you at 41 weeks that your baby is estimated to be over 9 pounds, you may want to take into consideration the higher chance of inaccuracy when making a decision of what to do with this information.

This brings us to the question: what are the risks of delivering a “big baby?” I would like to interject that I have seen perfectly healthy large babies – over 9 pounds – born vaginally. My own doctor agreed that most of the time big babies can be born vaginally if the baby is in a good fetal position. The main risks are: undetected gestational diabetes (which means the baby could be at risk of having a low blood glucose level), third- or fourth-degree vaginal lacerations, and an increased risk of cesarean. The most disconcerting risk, which is very rare, is shoulder dystocia. Shoulder dystocia occurs when the baby’s head is delivered but the anterior shoulder is caught on the mother’s pubic bone or, even more rarely, when the posterior shoulder is caught on the mother’s sacrum.

The overall incidence of shoulder dystocia varies based on fetal weight, occurring in 0.6-1.4 percent of all infants between a birth weight of 2,500 g (5 lb, 8 oz) and 4,000 g (8 lb, 13 oz), increasing to a rate of 5-9 percent among fetuses weighing between 4,000 and 4,500 g (9 lb, 14 oz). Although rare, there are risks for both baby and mother. The RCOG, Royal College of Obstetricians and Gynecologist state 10% of babies may experience brachial plexus injury, temporary nerve damage of the baby’s neck, with only 1% suffering permanent nerve damage. The baby may also experience a fracture of the clavicle (collar bone) or humerus (arm) bone. In the vast majority of the case, these injuries heal without a problem. In extremely rare and severe cases, hypoxic injury or death may occur. The mother may also suffer injury from shoulder dystocia, and the possibilities include: 3rd degree vaginal tears, postpartum hemorrhaging and the emotional impact of a traumatic experience.

It may seem overwhelming and even scary to read about possible negative outcomes from shoulder dystocia, however it is important to see the numbers in context. The chance of occurrence is very low and the chance of permanent damage extremely low. Many people may think that the best thing to do with suspected big babies is to jump straight to induction or schedule a cesarean. Although research from the American Academy of Family Physicians states differently: Evidence is lacking to support labor induction or elective cesarean delivery in women without diabetes who are at term when a fetus is suspected of having macrosomia. In two studies of 313 women without diabetes, induction for suspected fetal macrosomia did not lower the rates of shoulder dystocia or cesarean delivery, nor did it improve the rates of maternal or neonatal morbidity. ACOG holds strongly to its position of NOT inducing suspected large babies.

There are several maneuvers that the care provider can use to help dislodge the baby should it get stuck. For example, the Gaskin Maneuver, named after midwife Ina May Gaskin, has undergone numerous studies with very positive outcomes. The Department of Obstetrics and Gynecology at Vanderbilt University Medical Center is one example of such a study: . The Gaskin maneuver is really quite straight forward. Get the mother into a hands-and-knees position. This will change the diameter of the pelvis up to 20mm and may dislodge the shoulder from the pubic bones. The results and conclusion of the study mentioned above are very positive, with no maternal or perinatal mortality occurring. Morbidity was noted in only four deliveries: a single case of postpartum hemorrhage that did not require transfusion (maternal morbidity, 1.2%), one infant with a fractured humerus and three with low Apgar scores (neonatal morbidity, 4.9%). All morbidity occurred in cases with a birth weight > 4,500 g (P = .0009). CONCLUSION: The all-fours maneuver appears to be a rapid, safe and effective technique for reducing shoulder dystocia in laboring women.

This information is so important take into account when you may be considering an induction or cesarean birth due to estimated fetal weight. It is upsetting how many times expectant mothers come to me and tell me their doctor wants to induce them for suspected big babies. Some of these mothers are even encouraged to be induced before their due dates! The birth of your child is something that you will carry with you for the rest of your life. It is the first introduction for your baby into the world and the first of many experiences you will share with your child. If it is not a medical necessity to be induced, allow yourself and your baby the opportunity to see how your story together starts on its own. 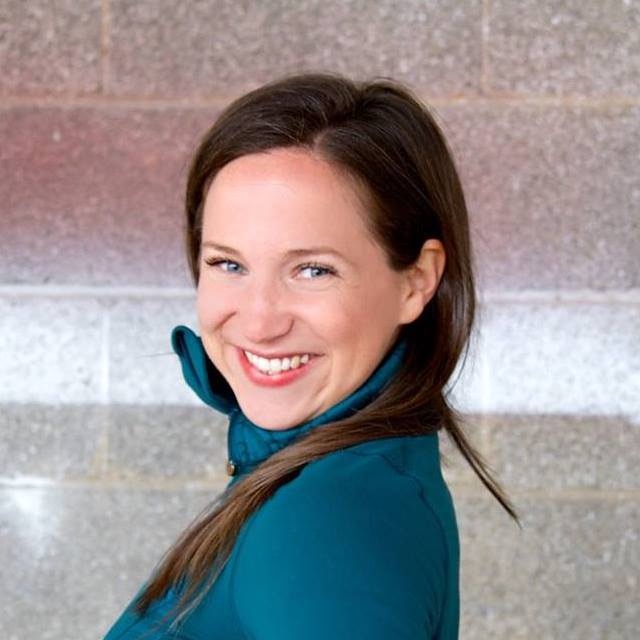 GET THE LATEST UPDATE

What does breastfeeding look like in the first week of a baby’s life? Sometimes as new parents we keep thinking feed the baby, feed the

This blog is filled with our top Yoga | Birth | Babies breastfeeding podcast episodes & lactaction resources because August is National Breastfeeding Month! This

When I was pregnant with my first, instead of asking for clothes, onesies, and all of the stuff babies come with I asked for hours 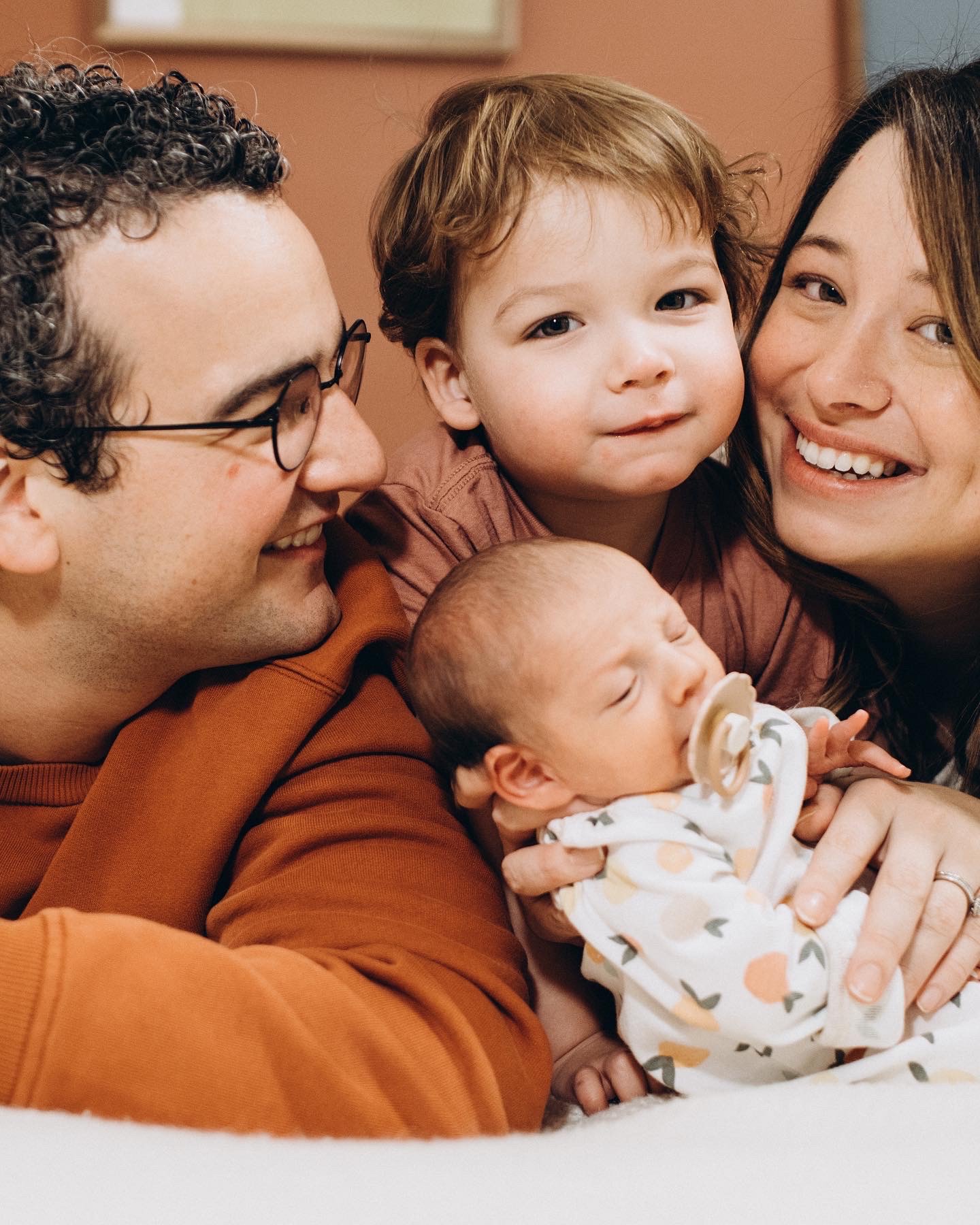 This episode is one of my favorite things we do on the podcast, share community birth stories. We have different members of our online or